Meet the new look, same as the old look

I’ve changed the look of this blog, but don’t be surprised if you don’t see any difference.

Most of the changes are ‘under the hood’ so to speak and only produce a different visual in certain browsing environments.

In the old theme (the part of the blog that determines the look) all dimensions were fixed. The new theme uses a so-called responsive design where the look of the site is determined by the width of the device you’re using to browse.

You will notice the changes the most on phones and in certain ancient web browsers, where the site will display as a single column. This has the advantage that on thin screens (phones) the browser won’t try to cram everything in, but will instead stack everything vertically.

Two other responsive features that you will see on mobile devices:

The latter combined with the fact that I’ve released this redesign before it was ready means you’re probably going to bump into things that aren’t quite right. Please let me know when that happens. 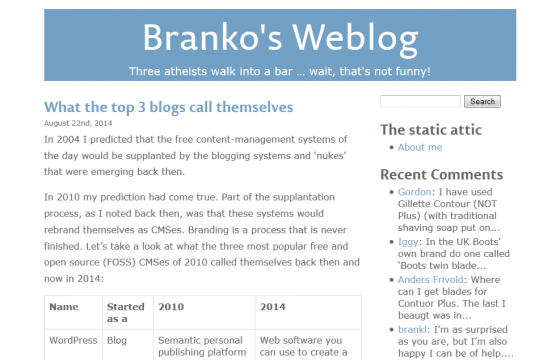 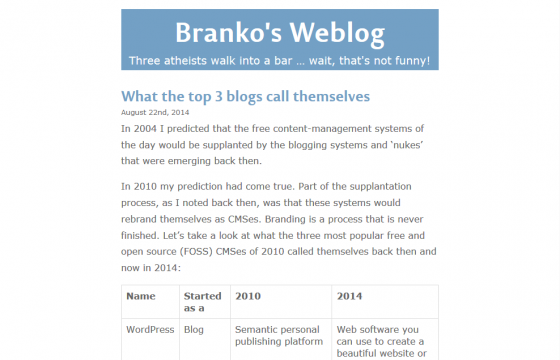 The mobile look of the new theme.

(The title of this posting refers of course to the The Who song Won’t Get Fooled Again.)

This entry was posted on Monday, August 25th, 2014 at 4:30 pm and is filed under General. You can follow any responses to this entry through the RSS feed. You can leave a response, or trackback from your own site.