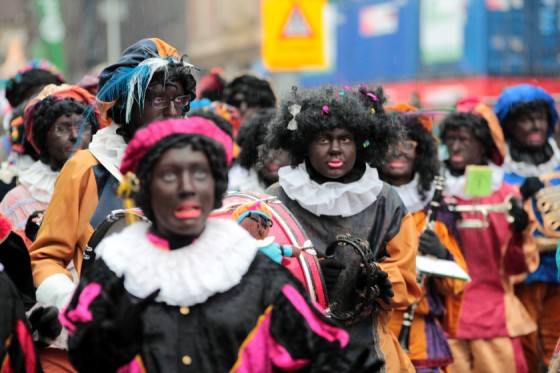 On 15 November Saint Nicholas arrived in the Netherlands with his Black Peters having traveled here on his steam boat all the way from his palace in Spain.

The day after, he participated in parades all over the country. I went and took pictures of his parade in Amsterdam. 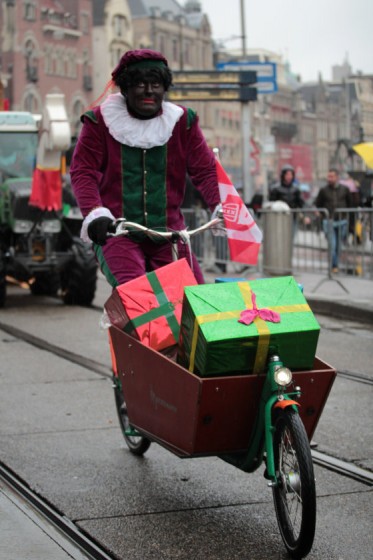 The past two years there has been an intense debate, if you even want to call it that, about Saint Nicholas’ famous helper, Black Peter. There are people who figure if they cannot destroy racism, they could at least have a go at what they perceive to be a symbol of racism. Racists have come crawling out of the woodwork by the hundreds of thousands to ‘defend’ Black Peter, by which they mean that they claim the right to call every person of colour ‘black peter’ any time they want (reducing said person to a cartoon character).

And everybody else (the majority) is closing their eyes, hoping this will all go away.

The anti-Petes started a lawsuit last year, claiming that the city of Amsterdam should not have issued a permit for the Saint Nicholas parade in Amsterdam considering that Black Peter represents a negative stereo type of black people (bright red lips, golden earrings, curly hair and so on). The court agreed with them (Dutch) and came to the curious conclusion that the city should reconsider the permit for an event that had already taken place. 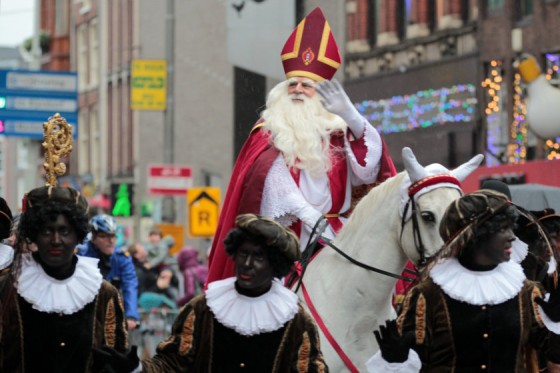 Lacking a time machine, the Netherlands did not go back to November 2013 to cancel the parade.

One of the reasons Black Peter is black, legend has it, is because he has to clamber down and up chimneys to deliver presents. The soot is so persistent that it no longer comes off. That is why the city of Amsterdam decided that this year some of the Petes would appear in a semi-sooted state. To be honest, I did not notice many Roetpieten (Soot Petes), as they were soon dubbed. Most of the Black Peters in the parade looked the same as they did last year. 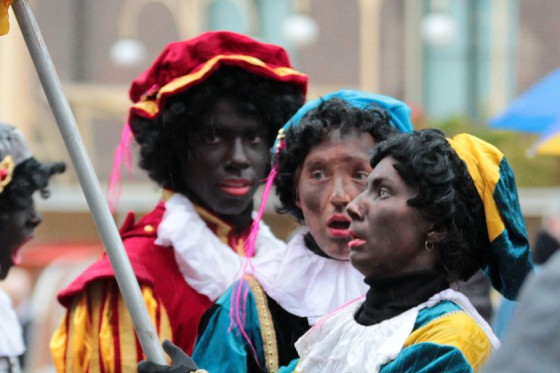 You have to wonder if this was a serious attempt of the city to find a middle ground, or if the people that govern us belong to the group who want all this to just blow over.

Interestingly the Head Pete (Saint Nicholas’ right hand, bearer of the book of names of all children and the most authoritative figure in the parade after Saint Nicholas himself) did show up as a Soot Pete this year. 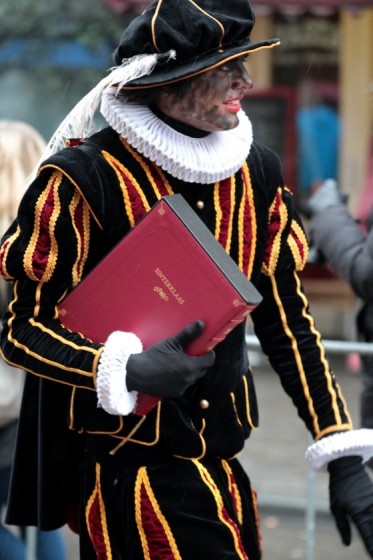 Shown throughout this posting are a couple of photos I took this year.

In 2013 I posted the photos I took of the parade that year as an album on the Flickr account of 24 Oranges. My co-blogger asked me not to do that this year. That is why I posted them to my own Flickr account. See for yourselves if you think Amsterdam has done enough to kill of any racist stereotypes. You can find my 2013 album here, and my 2014 album here.

Note that the 2013 parade was already supposed to be toned down in that Black Peters had shed their golden earrings.

You would probably like to know what my opinion is of all this. The thing is I do have a position and I would love to share it, but my position is based on a lot of anecdotal evidence and I am not sure it would hold up to even the lightest scrutiny. As a result I don’t think sharing what I feel about this sordid affair would, at this point, add anything meaningful to the debate.

This entry was posted on Wednesday, November 26th, 2014 at 1:35 pm and is filed under General, Lightsmithing. You can follow any responses to this entry through the RSS feed. You can leave a response, or trackback from your own site.