Walking along the Zuidas

Originally I wanted to hike the Amsterdamse Bos yesterday, but I left home late, and I feared I might not get out before dark. So instead I decided to walk towards the Amstelpark. There and back again taking the scenic route is a little over ten kilometers. You can walk this route through the green belt that divides the ever nearer growing cities of Amstermdam and Amstelveen. This belt is purposely kept open so that animals such as lizards, birds, and small mammals can still move around Amsterdam. Yesterday I chose a different route though, staying close to the highway for most of my walk.

This is the Zuidas (lit. South Axis), the belt of recent high-rises hugging the Southern part of the Amsterdam ringway. Lots of banks here, law firms, convention centers, and the World Trade Center. 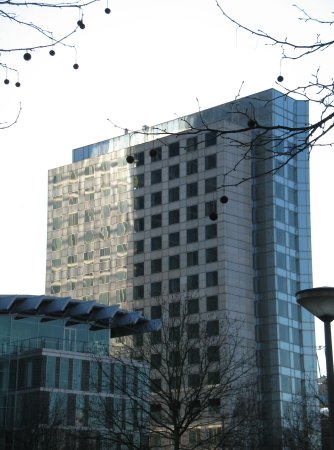 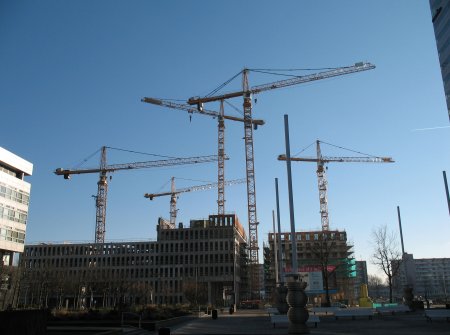 Intermezzo: the Southern exit of the Amstelpark. 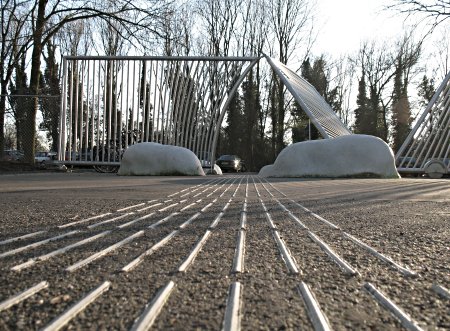 A menorah in a wall near the RAI convention center. I don’t know whether there was actually something there that the owners decided to rescue from the cold steel of the wrecking ball, or whether the wrecking crew decided to have a lark. 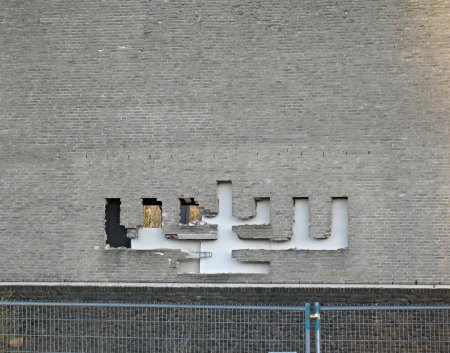 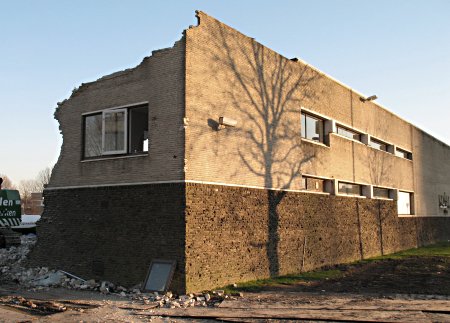 This entry was posted on Monday, February 18th, 2008 at 1:19 pm and is filed under Life blog, Lightsmithing. You can follow any responses to this entry through the RSS feed. You can leave a response, or trackback from your own site.

One response to “Walking along the Zuidas”